Will Gavin take her back? And if so, will their reunion be a collision of two hearts destined to complete one another and rekindle a love that knew no boundaries? Or will scars from their past rip open, tearing slowly at what each of them was meant to be?

Can fate, the ultimate game changer, mend the shattered road it laid out from the start? Only time will tell….

Book Two in the Collide Series

My Review. I loved this book I could not put it down I had to find out what would happen! It feels like I have been waiting ages for this book especially because the ending of collide left me dying to read this.. I should just wait for all the books to be out and avoid cliffhangers but no I just cant seem to do that.. The good, the bad, the in between.

It's ours. We own it. I think I only read this book for my Gavin Yes mine.


I felt damn sorry for him in book She bloody annoyed me so much in Collide and yes there were several times I wanted to smack her! And Dillon urgh..

I swear he drove me mental in the worst way possible I wanted to rip his head off and punch him where it would hurt! This book starts off where Collide ended Emily decides she doesn't want to marry Dillon and goes to find Gavin. But Gavin isn't there, totally heartbroken Gavin has left the country and cut all contact from everyone.. I was ready to risk everything for you, to push away the overwhelming fear I had because I knew you and I are worth it. Skickas inom vardagar. From the New York Times bestselling indie author, the conclusion to the sexy contemporary romance that began in Collide, about a woman torn between her seemingly perfect boyfriend and a dark, mysterious stranger.

Do you know how scary it is to want something so bad youre willing to change your whole life for it? Emily Cooper is ready to risk everything to be with the man who has consumed her thoughts and dreams since the fateful day they met. 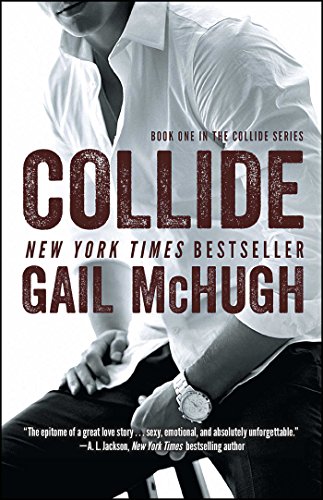 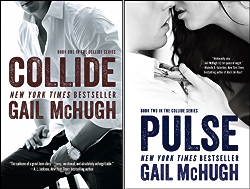